It's boot shining time - Leder Gris embedded fingernails for the next few days.. 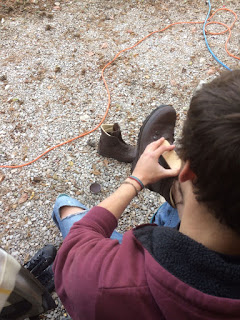 Goodbye campsite up a giant hill. 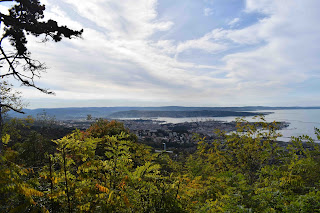 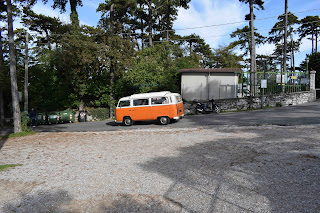 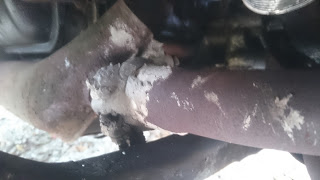 The black patch is where soot (and air) escapes once more. 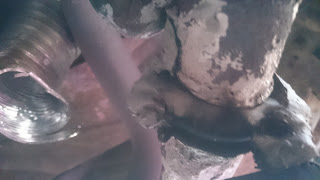 Over at the garage.. 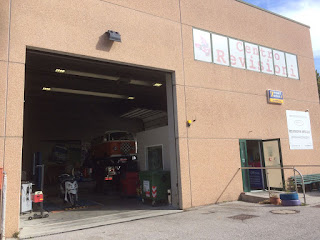 After an hour they gave up and told us to 'go home'! By which they meant they'd removed the cack and tightened it as best they could but we would need a part most garages don't stock to fix it permanently and should therefore ignore it for now. Also, Alex found a dog and the garage was free! 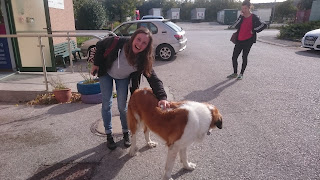 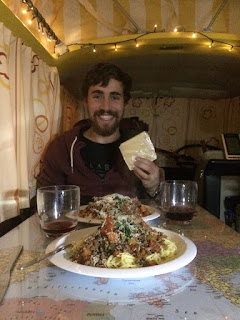 A short tram to town and we find water & bridges a plenty. 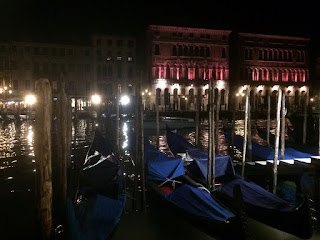 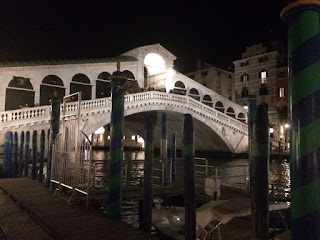 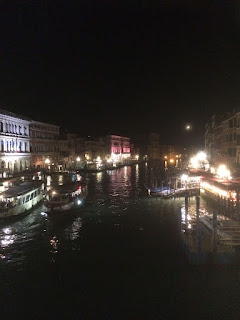 Since we were only one day past the anniversary of our engagement we decided to revisit one of the same waterfront bars. Only this time we studied the menu less carefully and asked for two large beers instead of one - we forgot that they were steins! 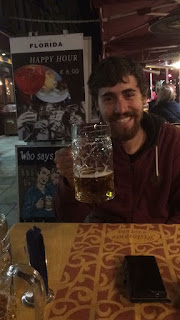 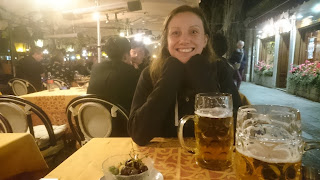 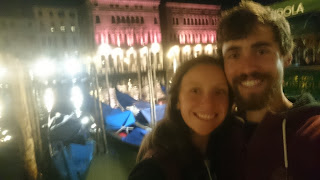 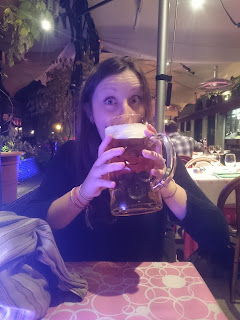 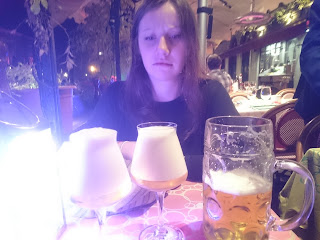 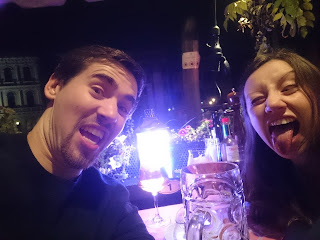