Our ceiling has been cultivating mould for some time now and we'd had enough! So after collecting some serious mould-busting supplies and clearing out the van we attacked the ceiling with what smelt like very strong bleach, heavy on the lungs. 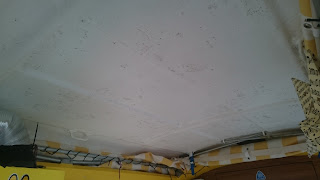 And tadah.. no more mould, or colour in Alex's jumper! 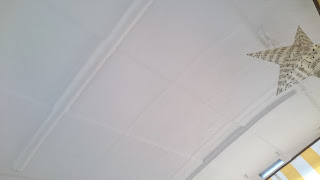 Out in Ferrara, we find a market. 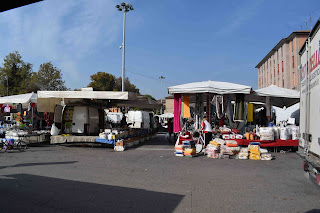 Some of the streets & sights. 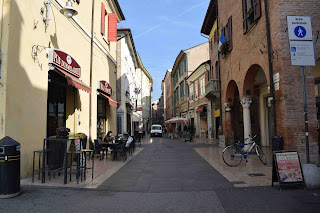 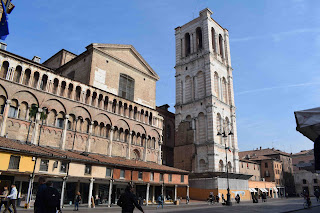 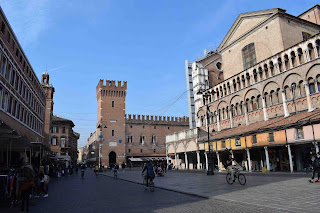 Too big to fit in one photo! 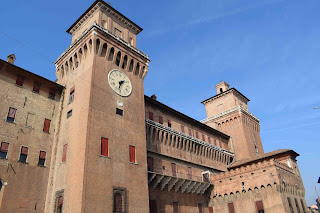 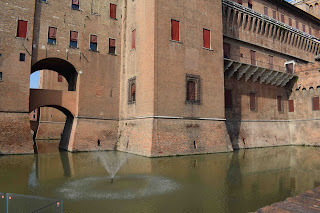 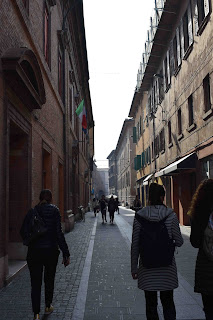 PIZZA for lunch, we live the life. 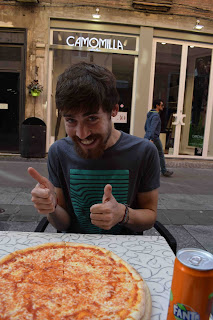 Back to the van and over to Parma. 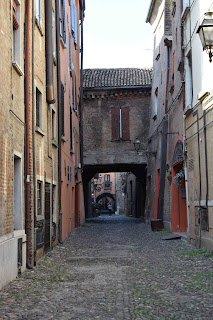 Just in time for sunset with our first BBQ! 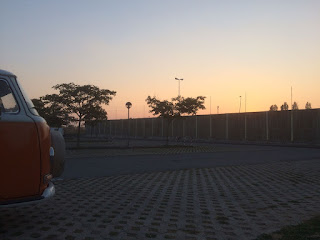 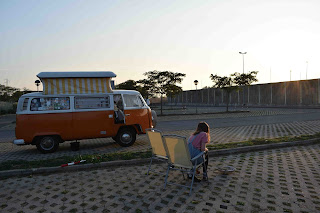 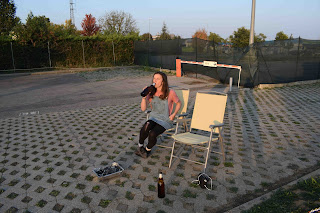 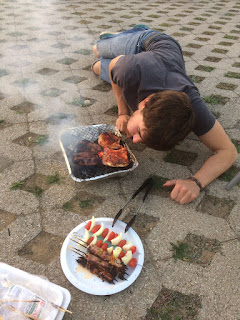 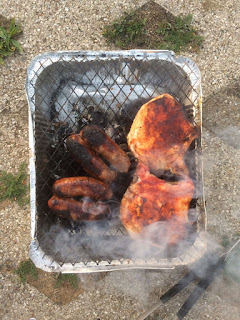 We got there in the end.. 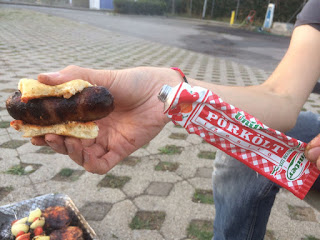 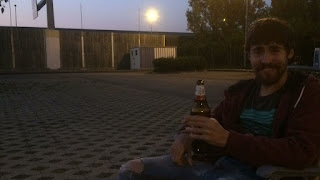 Some of the camperstop sights.. 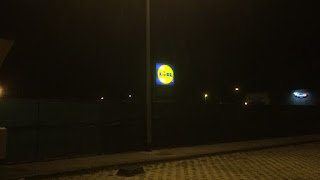 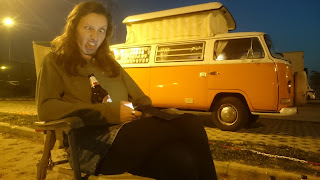 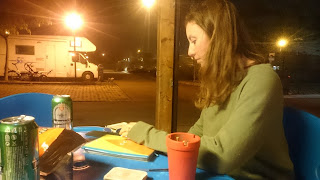 Some time after this I found myself very ill. We will never know if it was my general uncleanliness or the raw meat left on the tongs I used to serve with but something pickled me good and proper! A sleepless night of cramp and vomit ensued.. the third time barely cleared the van door! Poor Alex! She was very kind.